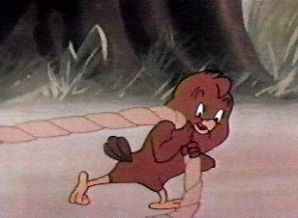 I wasn’t going to write anything concerning this issue and I honestly didn’t even have time to write anything of much substance, but I’ve had a few people ask me my opinion on the whole Chick-Fil-A situation and the best way I feel I can do that is by giving them my understanding of the thought process behind those who are condemning Chick-Fil-A. So here is my assessment:

Restricting the rights of miniroty groups is RACISM

Homosexuals are simply another miority group

Being anti Gay Marriage is the same as RACISM

Being anti Gay Marriage is anti-LOVE

All peoples desire to progress past RACISM

Owner of Chick-Fil-A is anti-Gay Marriage

Chick-Fil-A is popular with many citizens

Chick-Fil-A has a strong presence in culture

Chick-Fil-A is BAD and must be punished/dismantled unless they (especially their owner) agree with the cultural consensus of those who agree with the homosexual lifestyle and gay marriage, which is GOOD

The ideology and actions listed above is representative of what is meant by culture wars. It has everything to do with the consensus that is found among the relative opinions of those who desire to live within community. In order to sound like you have a stronger argument than someone else it is tempting you use terms such as “rights,” “civil,” and “natural” when discussing the socio-political options. The different sides of an issue seek to find consensus on the issues by suggesting that their opinion is a more accurate assessment of the expression of the ideal than that of the other side/sides. Thus, the idea of “love” is used as the highest ideal and all sides involved suggest that they have the market on understanding what love is.

My short little response here is full of other potential discussions that need to be addressed, but if you want to check out a well written article on the subject read Ross Douthat’s piece I have listed below.