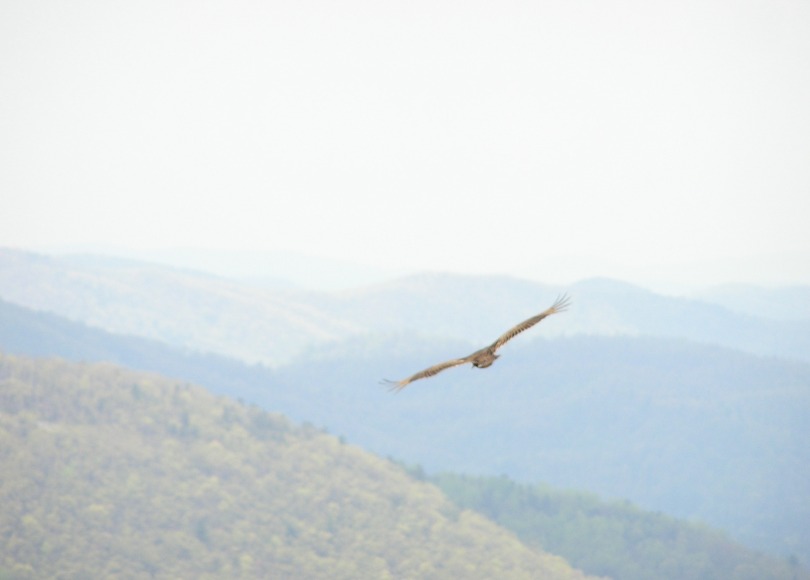 “The wind blows where it wishes and you hear the sound of it, but do not know where it comes from and where it is going; so is everyone who is born of the Spirit.” John 3:8

In the late 1970’s my father was let go from his position as an assistant pastor at a church in Spring, TX. We didn’t have much money, and my father didn’t have a lot of direction, except that he felt led to go back to Colorado. He felt the Spirit leading him to drive to Colorado Springs, stop in a grocery store parking lot, and ask God what to do from there. That’s about what he did. We stopped in Manitou Springs, prayed, and the Lord then led him to ask a local log cabin Baptist church if we could stay the night there. It just so happened that the church needed a pastor, and we ended up staying there for three years, into my second grade year. I saw my father make many decisions “by faith” when I was a child, and it taught me to trust the Lord.

Ashlee and I were married in 1999, and a couple of years later the Lord was leading us to move to Ft. Worth to attend seminary. We had no savings, Ashlee was pregnant, and neither one of us had a job waiting in Ft. Worth…but we felt the Spirit leading us, so we went. Within a week of being there Ashlee had a full-time job at the library and I had a part-time job in the post-office. Fast forward two years later, and we were again being led to move, this time to another seminary in Wake Forest, North Carolina. Ashlee again was pregnant, with our second daughter, and we had very little savings, and again no job waiting in North Carolina. This time it took a couple of months to get a job, but the Lord provided each step of the way as we followed the Spirit’s guidance where we felt Him leading.

In the spring of 2011 we again felt God leading us to make a decision that would change our lives. I needed to finish my master’s degree online, and write my MA thesis, and that would require quitting my contracted position in business development that I had been in for a couple of years. It also required that we move into my mother ‘n law’s house, conveniently in the same neighborhood, with our three daughters…and again Ashlee was pregnant with another daughter! God most certainly has a sense of humor. I finished my thesis in the nick of time, graduated that May, and was invited to teach classes at both Bryan College and Chattanooga State. Adjunct teaching doesn’t pay much, as many of you know, and so God gave me the opportunity to wait tables at P.F. Chang’s for a year, while I taught as an adjunct. During my second semester in adjunct teaching at Bryan College, Ashlee and I felt the Spirit leading us to move closer to the school in Dayton, and thus I started looking into factory and temp jobs that would allow me to continue to teach adjunctly. We had learned that when God places an urge on both of our hearts, that we think and pray through, it’s best if we follow that leading. Before we got too far into that process I was approached by the VP of Spiritual Formation about coming on full-time at Bryan as the Director of Worldview Formation. After some interviews and prayers I accepted the position and stewarded that position for four good years.

This all leads up to the present. As many of you know, the donor for my position stopped giving this spring, and it became necessary for Bryan College to lay me off this summer. I found out about this complexity in February, and got word in March that Bryan was not going to be able to cover my position with its current level of financial resources. My last day on the job is June 30th, and we are supposed to move out of the house on July 8th. So, I’ve been applying for higher-ed, church, and think-tank jobs for the last four months. Up to this point, the Lord has not yet opened up a specific new opportunity for us to walk into. We knew that this circumstance might be a possibility, and so we have been praying about where God would have us live until a clear vocational direction is provided. I also would like to pursue my PhD soon, so that opportunity has played into our planning and prayers. We are open to most places in the U.S., but for some reason Lynchburg, VA, and Louisville, KY were two places that stuck out in our hearts and minds. After a couple of months of prayer, fasting, and conversation we have concluded that unless the Spirit provides a call from a specific institution that I have applied for, we need to plan on moving to Lynchburg, VA. We love college students, and there are a lot of them in Lynchburg. We also love the Appalachian Mountains, and the Blue Ridge Mountain Parkway. But those preferences are not the main reason we are looking to Lynchburg. It would be more logical and easier for us to move to Dallas, San Antonio, or Raleigh. We have friends and family in those places who would gladly help us through this transitional time. However, we don’t feel the Lord leading us in those directions, and so we trust that the Spirit of God working in us has a plan that we do not see.

As July 8th approaches, I feel like Indiana Jones approaching the mountain ravine in The Last Crusade. The “Invisible” bridge is there, but he doesn’t see it. He must take that leap of faith. Thankfully our Lord goes before us. The Spirit moves where he wishes, and takes his children where he desires to use them. I took a break from writing this yesterday and went for a prayer walk with Ashlee down the beautiful country road we live off of. As we were walking in the still warm air, the wind suddenly blew through the trees and made its presence known for 30 seconds or so as we walked and prayed. We know that God is present with us, and has a plan to mold and use us according to his will. We are excited to see what is just over the horizon. Please pray with us that he provides a comfortable place for us to live with our four daughters, a fitting job that I can step into with my gifting, and a smooth transition as we move our large family from Tennessee to our next adventure! Thank you for your friendship and prayers. We look forward to testifying to God’s continued faithfulness during this time. May our Lord bless you richly as you too sense his calling, and are moved by his empowering wind.